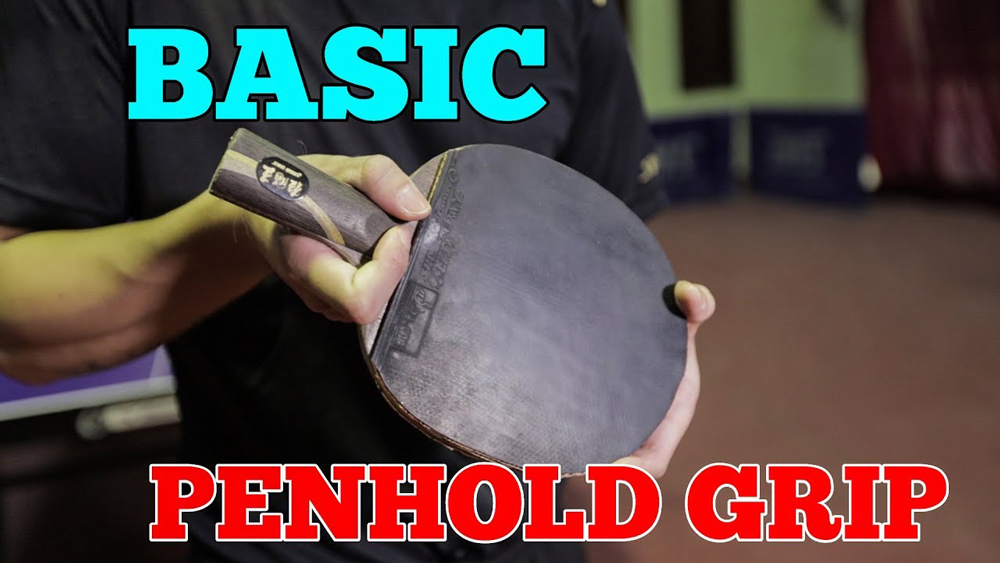 Table tennis is a fun and popular sport that many people enjoy. However, the grip can make it either much easier or more difficult to play table tennis. One of the most common grips in table tennis is penhold grip, which you hold your bat like you would a fountain pen in your hand. This post will discuss everything about table-tennis penhold grip including how to learn this style of gripping, what types are there, and why they are good for certain players!

What is penhold grip in table tennis?

Penhold is called the Asian-style grip of holding a racket because it resembles how someone would hold their pen or pencil. This type of grip allows players to create more spin and speed on shots, but also can have penalties as well if done incorrectly due to its intricate nature.

The traditional Chinese Penhold grip is a very versatile and powerful style of play. It allows players to move the wrist freely, which gives them more power on serves as well as block shots better than shakehand grips do. The player can use their forehand side or back hand when blocking- whichever they prefer!

The penhold grip offers a clean and simple style of play that is without the indecision plaguing shakehand players. The player always plays with their forehand side, whether attacking or defending against an opponent’s shot.

The disadvantages of this grip is that it proves to be a difficult task to perform consistent backhand topspins, since this will require the player to contort his arm in quite an unnatural degree. It’s also less possible for penhold style players reaching flexibly either side of the table which forces them into covering both sides with all forehand attacks.

This drains their stamina faster than one might originally imagine if and only then they have footwork fast enough just so they can keep up with ball at hand, not including how much energy has already been used when playing due being required by game’s rules as well as event schedule length requirements

The Japanese and Korean penholds both differ from their Chinese counterpart because they hold a blade with one hand rather than two. One finger on each hand handles the handle while three fingers per side touch only the back-side of it so that you can create more power without sacrificing control or speed.

The advantages of this grip are the power it gives to forehand strokes and how free your wrist is. It can be used for any type of forehand stroke and will give you a stronger spin in both spinning shots, drives, or serves.

The blade of the paddle is rather stiff and requires some extra effort to force it from one side of your body to another, which will likely result in a less accurate backhand. The extended fingers on the handle limit how far you can adjust where you are aiming for with each stroke making consistent topspin shots difficult or impossible without professional training. It’s also important that players know how long they plan on playing so as not to wear themselves out too quickly because this grip limits their reach significantly and forces them into fast footwork if they hope to make up any ground lost when moving around during play

The Three-Finger Grip is a grip used by players who favor attacking with their forehand. They play farther from the table than those using traditional grips and use fast topspin loops while blocking or fishing heavy shots, usually lobbing them high over the net.

They rely on quick footwork to strike the ball with their forehand as often as possible in order not become purely defensive players. The last few decades show that there has been a shortage of defending champions who use this grip type, which is what makes it so effective when they do break through and win anything at all.

Using the reverse penhold backhand grip, players can hit balls with inverted rubber across to their opponent’s weak side. They do this by using a curved-claw motion that forces them to use their forearm as well in order for it not be too awkward on contact.

The benefits of this type grip is that it preserves the advantages of a traditional penhold style but removes some weaknesses. It has more power for backhand strokes and wide reach, enabling one to attack short balls with their backhand or forehand. Some players combine both grips in order to maximize performance even further than either would alone can do on its own.

The new grip has been embraced by players who want to be aggressive on their shots. This type of grip is relatively new, but it might take some time before we know if this will prove popular among tennis enthusiasts or not.

It is not uncommon to see penhold grip players on the international scene, since it leaves their backhand side with a gaping weakness. Players that use this type of grip are less common than shakehands but can be seen internationally due to its weaknesses in positioning and reach for right-handed people.

There is a certain style of playing that has been adopted by many world-class players. These penhold grip players have won countless World Championships, Cups and Olympic games with their backhand weakness as they use excellent footwork to supplement it. This type of play is most common in Asia where the best athletes can be found due to this technique’s popularity there – especially in Japan, Korea and China.

Which is better Penhold or Shakehand?

The advantage of the traditional Chinese penhold grip is that it allows free movement of the wrist, much more than shakehand grips do

For many players, the penhold grip is their natural style of play and they will naturally gravitate towards it. Other players may find that shakehand offers a more dynamic game- there are numerous different grips (push/chop) as well as two hands to use for an offense or defense.

The table tennis penhold grip can have penalties as well if done incorrectly due to its intricate nature. One must be careful not only with where one’s fingers are placed but how much pressure is put on them too in order to avoid this penalty! Penholders also need to make sure that when executing strokes such as serves, chops and pushes, the wrist faces the opponent so no fouls occur because of careless handling!

The grip is the most important part of your table tennis game. It’s what you use to control where the ball goes, and it takes a lot of skill to master. For those players looking for an edge in their game, we recommend using a penhold grip because they are easier than shakehands grips with more spin potential than backhand or forehand grips alone. Penholds provide better access to topspin which can be used against defensive opponents who don’t take risks on offense by putting them under pressure from both sides of the table.