How To Hold A Ping Pong Paddle Correctly And Chinese Style

Today, table tennis has been robustly adapted in every part of the world. Being a versatile and enjoyable game, its position amongst the most fashionable sports in the world is indisputable. Without a doubt, its growth has been in leaps and bounds.

However, most of us have never really understood how table tennis is played; maybe due to utter ignorance, lack of interest or possibly because from the eye the game is played very well that we just can’t stay in touch with the ball. Nonetheless, the grip technique used by most players is usually similar. Today, let’s look at how to hold a ping pong paddle.

We can see two common grip types usually applied by most competitors in top-level table tennis matches. These are the shake hands grip and the penholder grip.

The Shake Hands grip which is the most common and preferred by many competitors. It comes with two main versions popularly referred to as the Shake hands Deep Grip and the shake shallow hand Grip.

Additionally, other than these two grip types, there is other table tennis grip types which are not very common in main competitions though still very convenient. They are:

However, for newbie or the beginners, it would be best to use the shake hand deep grip. I recommend it because its variations are easy to familiarize with and hence getting used to the grip is much easier. It means that it will be easy to understand the game before training on the rest of the grips. 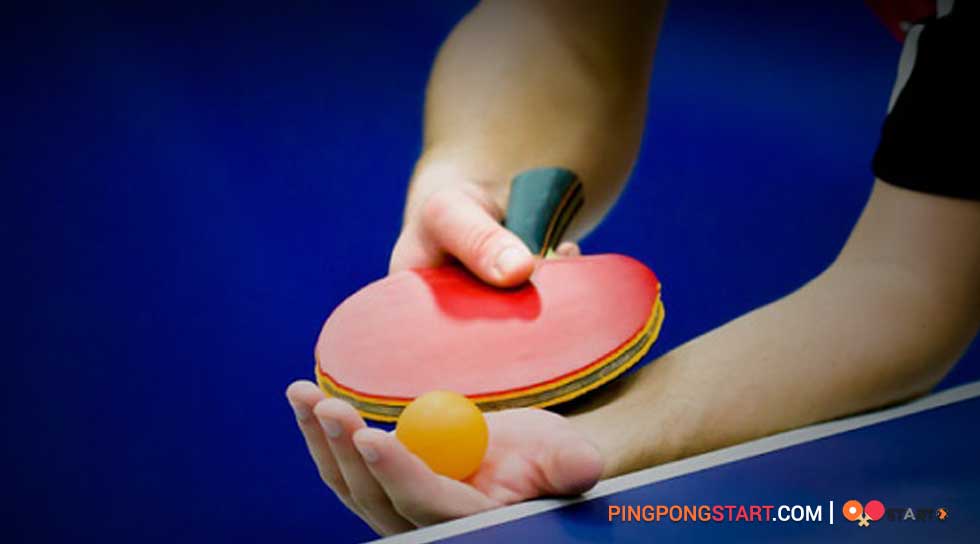 Another playing technique that would be a good fit for the new players interested in table tennis would be the conventional Chinese penhold grip.That being the case, the next question will automatically be how to hold a ping-pong paddle Chinese Style. In other words, what is the Chinese penhold grip?Before even moving any further, as the name suggests, this grip is synonymous with grasping a pen intended for writing. It involves the index finger and the thumb holding on to the table tennis racket handle when the other 3 fingers are curled around the back side of the racket. The main idea behind this efficient grip is to simply ensure the player is comfortable while handling the ping pong paddle.

The variations that can be incorporated in this style include:

The advantages of the Chinese style include:

The Disadvantages of Chinese style are:

Click here for more information about How To Clean A Ping Pong Paddle Rubber With Alcohol.

The Chinese grip will do well for you if you’re the type of player who loves to block and push with the backhand while close to the table. Moreover, it will be a perfect match for the forehand attackers who enjoy drives and topspin attacks.Nonetheless, although it is a world class playing technique, it hasn’t been able to attract many high profile players. It largely contributed to by lack of reach of the backhand side. The Chinese are however great enthusiasts of the grip and hence the naming.Without a doubt, you are now well informed on how to hold a ping pong paddle. Even so, to be a top player you must further savvy the table tennis world as you seek to understand the ins and outs of this widely popular game around the globe.