Jan-Ove Waldner, Ma Long, Liu Guoliang, Kong Linghui, and Zhang Jike are five players who have completed all Grand Slams in their careers.

Waldner was good for many reasons, his ability to understand the game was unique, not only was he able to understand the game but also understand how to win the game, he has been widely known to be the most obnoxious player to play against, he would use rush tactics to play the game when you were not ready, he would also make it look like he was not trying just to upset you. Waldner played the mental game like none other to date, this is one reason he is good.

Waldner also played a two style game of offense and defense. This would throw the opponent off very much because when they expected him to be passive he would be aggressive. He would usually play passive until the last game and then go full offensive to the last game, which was extremely difficult for the opponent to adjust to.

Waldner had a winner’s mind. During practice, Waldner would never practice just to practice. He was always keeping score in his head. This made it next to impossible to practice with because he was always trying to win the point. He would learn from his mistakes faster because if he was losing points during practice he would fix it and keep winning.

Waldner’s ability to think outside the box in order to win was extraordinary and gutsy. I don’t personally know the guy but when I posed to take a picture with him he didn’t even bother to look at the camera :/ I’m not the biggest fan of him, but I think we can learn something from his approach to the game.

There are a few reasons why Waldner stood out from the rest and made it look easy.

He is known in China as 老瓦 Lǎo Wǎ (“Old Waldner”) or 常青树 Cháng Qīng Shù (“Evergreen Tree”), because of his extraordinary longevity and competitiveness.

While still developing his game, Waldner, along with several other Swedish players, traveled to a national-level training camp held in China and was reportedly amazed by the dedication and solidarity of the Chinese players. He has claimed ever since that he learned much during his stay, and thereafter first began to regard his opportunity to succeed in table tennis as paramount.

In China, a country that adores table tennis, he is undisputedly the best-known Swedish person, and still one of the most well-known sports personalities. In the 1990s, he was more recognizable in China than then-President of the United States Bill Clinton. His venerable status and long career have led to his being nicknamed “the evergreen tree” (Chang Qing Shu) in Mandarin. He is considered by many to be the most technically complete player of all time and is almost inarguably the most successful non-Chinese player who has ever lived. 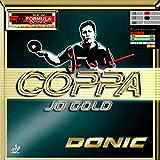 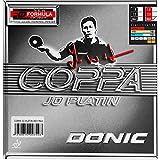